This morning I was reading an article on Forbes entitled “Five Leadership Mistakes Of The Galactic Empire” by Alex Knapp.

Even though the article has some criticism from the Star Wars fanatics for not being strict enough with the original plot I thought it taught a couple of good lessons about bad leadership. And not only that, I realized that the Hoshin Kanri method and the Lean philosophy can actually be used to overcome them.

Let’s review how to overcome each mistake.

Mistake #1: Building an organization around particular people, rather than institutions

Knapp states that the biggest mistake of the Galactic Empire was to focus in preserving all the power for the Emperor and a few of his chosen lackeys. They disband the Galactic Senate in A New Hope and in the Return of the Jedi the Emperor’s only advisor is Darth Vader.

Knapp also highlights the complete distrust he has in his organization, as the only successor he considers is Luke Skywalker, a key individual from a rival organization.

Solution #1: Have a transparent plan

In the Hoshin Kanri methodology one of the key aspects is transparency. Everyone should know the plan, not only the top management. In the Galactic Empire example losing a few key individuals such as the Emperor and Darth Vader was enough to (almost) eliminate the entire organization as no one else was able to continue their plans.

The solution is to move from telling your teams what to do to explaining the whole strategy and making sure that everyone sees how their work contributes to the achievement of the overall goals.

At Hoshinplan you can create an overall plan, as well as some children plans linked to that. In this way, no matter how big your organization is, everyone can trace back from their specific tasks to the overall long-term objectives for the company.

This strong alignment of everyone’s work to the whole strategy and the complete transparency of the overall plan minimizes the risk of failing due to losing an individual.

Mistake #2: Depriving people of the chance to have a stake in the organization

Forbes’ article continues by noting that by consolidating his power, the Emperor also deprived his employees from a key motivation: the feeling of contributing to the success of the organization.

They removed the idea of democracy by disbanding the Galactic Senate. And they also eliminated any guiding ideology by forbidding any reference to the Force.

Solution #2: Involve everyone in the creation of the plan

Not only the plan should be completely transparent, but everyone should also have contributed to it. In the Hoshin Kanri methodology, the process starts with a strategic plan crafted by the top management (e.g. conquer the galaxy by building a Death Star), but then all the levels of the organization contribute to the plan in a process called “catch-ball”.

This is a back and forth exchange with top management to make sure that everyone understands the strategy and goals, that the plans of every department have a strong alignment with the global strategy, that the indicators are appropriate and at the end, that everyone believe that their plans are achievable.

Having everyone involved in the plan creation and ensuring that all the objectives are agreed upon between the managers, and the people that will work to achieve them, increases people’s motivation and commitment to the plan; therefore, maximizing the chances of success.

Mistake #3: Having no tolerance for failure

Not once does Darth Vader use the Force to choke to death some of his employees when they make mistakes. I have to admit some of these mistakes are huge ones.

At the beginning of The Empire Strikes Back, imperials try to eliminate the rebels in that have concentrated in planet Hoth. Admiral Ozzel brings the Imperial Fleet too close to Hoth, allowing the Rebel Alliance to detect them; thus, quickly beginning its defense, frustrating the attack.

Even though this is clearly a big mistake, by choking him, Vader kills innovation, participation and improvisation. No one would dare to think big and take risks if the result in case of not achieving the objectives is being choked to death.

Solution #3: Objectives should be a guide not a performance management tool

Hoshin is a Japanese word that can be decomposed in two words: Ho and Shin. The first word, Ho, means direction and Shin means needle. Thus, Hoshin is a needle to point the direction or a compass. It is not meant to be used to judge, praise or punish individuals, but to make sure all the efforts in the organization are aligned.

If in the above mentioned “catch-ball” process, where the indicators’ target values are to be agreed between the managers and the employees, the result of not achieving them would be to be choked to death (or to be paid less); the employees would never agree to have ambitious goals; thus, leading to lower performance.

Target values are to be used to learn. If a target value is not reached, it means one or more of the hypotheses used to set that value were wrong, and they should be reviewed, leading to a higher understanding of the current market situation and the company’s capabilities.

Mistake #4: Focusing all of the organization’s efforts into a single goal and failing to consider alternatives

Again citing Knapp’s article: “When it came to the success of the Galactic Empire, the Emperor had one single idea that he was absolutely obsessed with: building the Death Star. […] This single minded obsession with one way to succeed is something that undermined not only the Galactic Empire, but also many other organizations throughout history”.

Solution #4: Divide your plan into areas, objectives and indicators

A Hoshin plan is divided into strategic areas, making it easier to cover all the aspects of your strategy. Even though building a Death Star might be a key objective one should not forget about all the other aspects of the organization.

The Emperor and Vader could have created an area for “Planet Destruction” or “Fear” where the task of building a Death Star would have been top priority but they could have also created areas for “Team morale”, “Intelligence” or “Innovation”.

By covering different strategic areas, Hoshin avoids the temptation of obsessing with a single task and neglecting some other aspects that may be paramount for your success.

Mistake #5: Failing to learn from mistakes

The Galactic Empire devoted a huge amount of time, money and effort to build the first Death Star, only to have it destroyed by the rebels just after its first mission – blowing up Alderaan.

After such an enormous failure the only response of the top management of the Empire was to start building a newer, bigger Death Star to be the new target of the Rebel Alliance. In the second case, the Death Star wasn’t even completed before the Rebels managed to destroy it again.

Another example according to the Forbes article: As we mentioned in Mistake #3, Vader Force choked Admiral Ozzel, in the hope that this punishment would serve as an example for the rest of his employees, leading to a performance improvement.

Soon after that, captain Needa failed to capture the Millennium Falcon and Vader Force choked him again. It’s unclear that this fear-based method had a positive effect on employees’ performance yet Vader continued to use it anyways.

Another key aspect of the Hoshin Kanri is continuous improvement. Progress should be tracked continuously and reviewed on a regular basis (e.g. monthly).

These checkpoints should be used to adjust the plan. In a Hoshinplan you could create new tasks that were previously undetected or delete tasks that no longer make sense.

Additionally, you should also review the indicators’ target values to incorporate new learnings as discussed in Solution #3. At my former company (InfoJobs), we presented the progress to the whole company once a month and made a deep review of the plan each quarter.

A Hoshin plan should be a live plan adapting to the circumstances. When the first Death Star was destroyed, the plan should be have been reviewed, alternatives should have been considered and maybe a better solution would have come up rather than building another even bigger Death Star.

Luckily for the Rebel Alliance nor the Emperor or Vader discovered Hoshin Kanri. 🙂 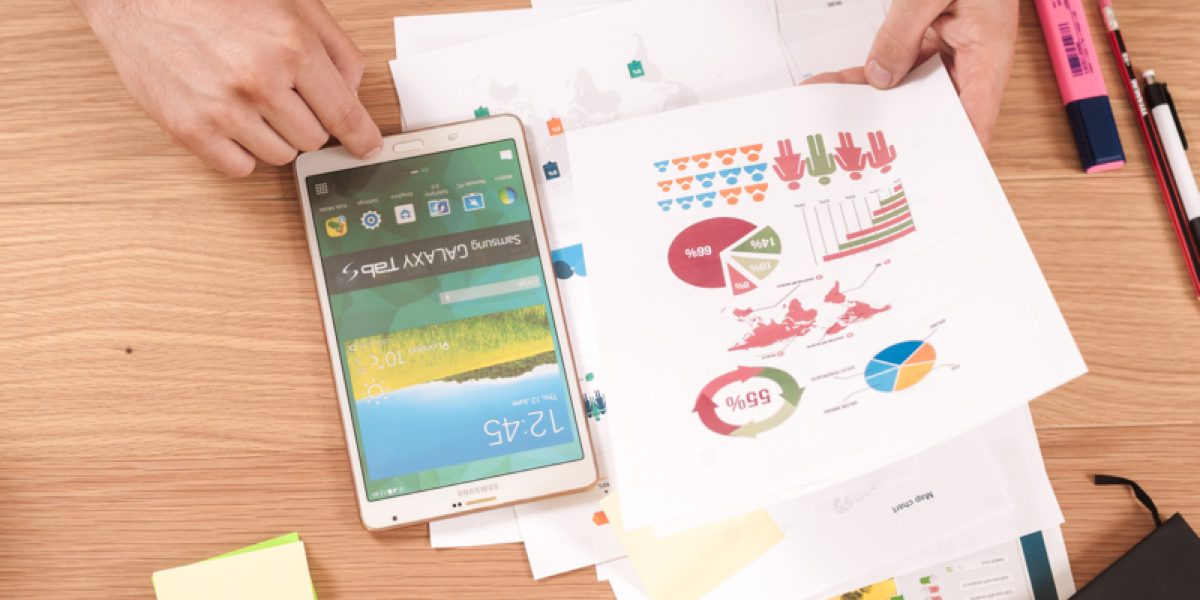 Identifying the right KPIs to follow up the health of your business is more an art than a science.

We are trying to find the KEY performance indicators, not a bunch of data collected in a huge Excel document.

This is what we do at Hoshinplan.com to make sure that we are tracking the right data.

Is the data behind this KPI easy to collect and straight-forward to understand?

Sometimes the ideal KPI is extremely difficult to capture. Or collecting it makes it so hard that maybe we can’t have it with the right frequency.

Most of the times, a good-enough but easy-to-capture KPI is a lot better than another one that might take us weeks to start tracking.

The same principle applies when it comes to understanding the KPI: change the KPI if you feel that lots of discussions arise when you try to interpret what has happened based on it.

If this KPI turns red, is there something I can act upon right away?

What could be more frustrating than seeing a KPI tumbling down and not being able to act? When setting your dashboard, make sure that your KPIs are actionable and that if something goes wrong, you can set a plan to change the trend.

Does the KPI give time to act prior to disaster?

There is actually something even more frustrating than having non-actionable KPIs: having KPIs that tell us the truth so late that there is little we can do to change.

Make sure that you have all kinds of KPIs when you define your dashboard:

So that’s it, hope it has been useful.

P.s. If you liked this post, then two things come next:

1) Leave a comment and tell me how do you identify the right KPIs. We love comments!
2) Tell a friend, your Twitter followers, or your Facebook network about this blog 🙂